I recently stumbled across this article:

I don’t disagree with his overall point – ie. that it is disgraceful of South Africa’s ANC government to side with the Russians, over their invasion of Ukraine. What is farcical, however, is the way he tries to equate the unprovoked, modern-day, Russian invasion of a sovereign, functioning democracy, with (yawn) ‘the horrors of Africa’s Colonial past’. No doubt, attempts to make tenuous links to events in Africa over a hundred years ago go down well with the peanut gallery, but they really are far-fetched to the point of embarrassment.

This [Russia’s invasion of Ukraine in 2022] is akin, however, to France attempting to take back Algeria, no matter the views of Algerians; or closer to home… Lesotho parts of the Free State. If these are political non-starters, why do we turn a blind eye to Ukraine?

Actually, it was the Boer republic of the Orange Free State which attempted to invade and annex what we now call Lesotho, and which grabbed chunks of it… before this empire-building was stopped by the ‘wicked’ British Empire. The territory snatched from ‘Lesotho’ is today part of South Africa. It is therefore a little strange to suggest that ‘parts of the Free State’ were once Lesotho’s ‘colonial territory’ in the way that Algeria was France’s.

In his desperation to equate Russia’s invasion of the Ukraine to colonial rule in Africa, the author finishes the article by announcing his agreement with this statement, made by one of the most incompetent and inept world leaders of the modern era:

Thabo Mbeki[i] said in South Africa’s Parliament in 2005 of the legacy of colonialism in Sudan and South Africa: “When these eminent representatives of British colonialism were not in Sudan, they were in South Africa, and vice versa, doing terrible things wherever they went, justifying what they did by defining the native peoples of Africa as savages that had to be civilised even against their will. Our shared colonial past left both of us with a common and terrible legacy of countries deeply divided on the basis of race, colour, culture and religion. But surely, that shared colonial past must also tell us that we probably need to work together to share the burden of building the post-colonial future.”

Like pretty much everything else Mbeki said during his Presidency, this is, of course, nonsense.

One should recall that the Sudan was certainly not an independent nation at the time, but rather a colony of Egypt, which was itself (nominally at least) part of the Ottoman Empire[ii]. After the Egyptian Khedive was overthrown by a military coup in 1879[iii], the British restored him to power in 1882 and took on a role of, what one might call, ‘stewardship’ over the nation. This, in turn, meant that London had inadvertently acquired some sort of (distinctly unwanted) responsibility for the Sudan… and one of the first ‘terrible things’ they did was to move to stamp out the then-still flourishing slave trade. With the help of large numbers of Egyptian and Sudanese troops, the ‘wicked’ British then defeated the uprising of a particularly virulent Jihadist movement, built a railway line from the Egyptian border to Khartoum[iv] and another to Port Sudan – the Rea Sea port which was also built by the British and which is by far the nation’s busiest port today, accounting for 90% of Sudan’s overseas trade. Khartoum International Airport was also established during the period of British rule, as was the University of Khartoum[v]. 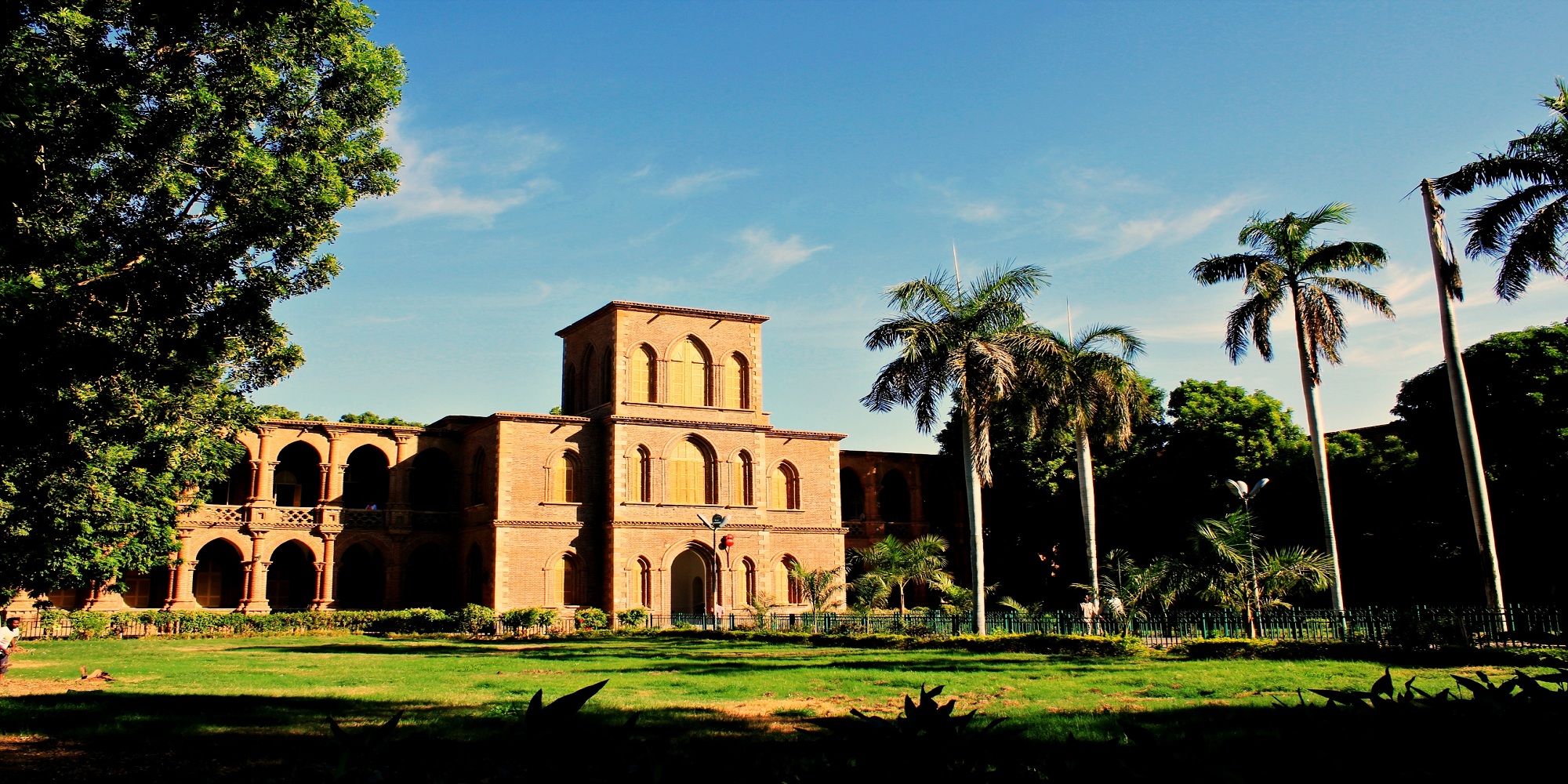 Oh, such ‘terrible things’ – I really don’t know how I sleep at night. 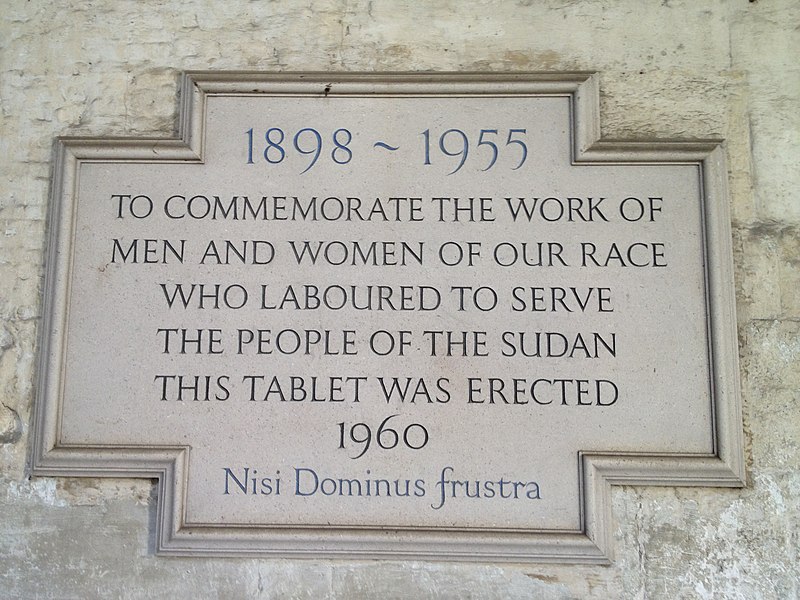 And as for ‘South Africa’, well, unlike the Sudan, that wasn’t even the colony of a colony at the time; the nation of South Africa quite simply did not exist until it was created by Great Britain in 1910. After the British occupied the Cape (ie. not South Africa, but just a small bit of it) in the Napoleonic Wars, the territory was formally (and peacefully) ceded from the Dutch Empire to the British Empire in the 1814 Convention of London[vi]. Far from this being a one-way ‘snatching’ of territory, the Convention saw Britain returning other areas of Dutch Imperial territory which had been taken in the Napoleonic Wars, as well as the swapping of various other far-flung colonies between the two Empires. London handed the island of Banca to the Dutch, for example, in exchange for a small Dutch territory in India[vii].

British settlers, investors, businessmen and colonial officials began to arrive in a region, much of which, in the early 1800s and aside from an area of the Cape, was still sparsely populated by what were essentially Iron Age tribes. Tribes, let us not forget, who were also relatively new arrivals in the region, and who were engaged in their own attempts at expansionism, and to dominate their neighbours.

Over about a century or so, the ‘terrible things’ the British Empire did in what became South Africa, included not just creating the nation, but also the ending of slavery, breaking the power of the uber-violent and expansionist Zulu Empire[viii], defeating Kruger’s attempts to bring the whole region under the control of his corrupt and racist oligarchy, introducing the beginnings of Parliamentary democracy, implementing the rule of law and stability, establishing telegraph and postal networks, and building railways, industry, bridges, ports, tunnels, water supply systems, clinics, universities[ix], schools etc etc.

Was every single aspect of British colonial rule perfect, especially when viewed through modern eyes? No.
Was it much better than what preceded it, and the other possible alternatives? Absolutely without doubt.
Is it logical to in anyway equate the settlement and building of a nation from virtually nothing during in the 1800s, with the unprovoked invasion of an established, functioning, multi-party democracy in 2022? Basically, to compare the building of a nation with the flattening of one? Of course not.

But that, of course, doesn’t stop this sort of anti-Western rubbish being lapped up by the Leftist hoi polloi.

[i] President of South Africa from 1999 to 2008, Mbeki was famous for his denial of the link between HIV and AIDS. On his watch, South Africa ‘enjoyed’ the start of ESKOM load-shedding, the horrific 2008 xenophobic attacks, and the looting of billions which was the infamous Arms Deal. Mbeki dismissed South Africa’s spiraling murder rate as being the invention of ‘white racists’, and presided over the collapse of the ZAR from about 10 to the GBP in 1999, to about 15 to the GBP in 2008.

[iv] I drove along / beside a portion of this in my Land Rover back in 2000, while driving across the Sahara from Wadi Halfa to Atbara, en route to Cape Town.

[vii] This sort of horse-trading was perfectly normal at the time, and – indeed – was surely preferable to fighting over the territories concerned. In another example, the Anglo-German Agreement of 1890 saw the swapping of Zanzibar for the Caprivi Strip (in modern-day Namibia) and Heligoland.

[viii] Apparently, and despite the millions who died / suffered because of it, the Zulu Empire has now been re-invented as a ‘good empire’, and should never in anyway be mentioned in the same breath as the empires of white people.

[ix] For example, the University of Cape Town, which dates from 1829, and the South African School of Mines, established in 1896 in Kimberley, and which later evolved into Johannesburg’s University of the Witwatersrand