An insight into the mind of a True Believer

It is always entertaining to see how some people view the Boer War. A resolute refusal to actually read anything about it, combined with decades of propaganda and old wives tales, have resulted in many having the most ridiculous and half-baked opinions on the conflict… as I was yet again reminded in a recent spat on Quora.

The question being asked was an interesting one: basically, would another of the Great Powers of the age have fought the Boer War differently than the British did. These sorts of ‘what if’ questions are pretty common: ‘if France had fought the Falklands War, rather than the British, what would they have done differently?’ – that sort of thing.

Anyway, this particular question prompted a truly surreal (and badly-written) response from someone who clearly had not understood it: 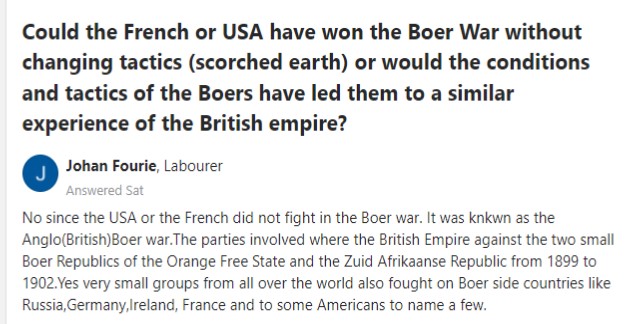 When I pointed out that he had misunderstood the question, this happened: 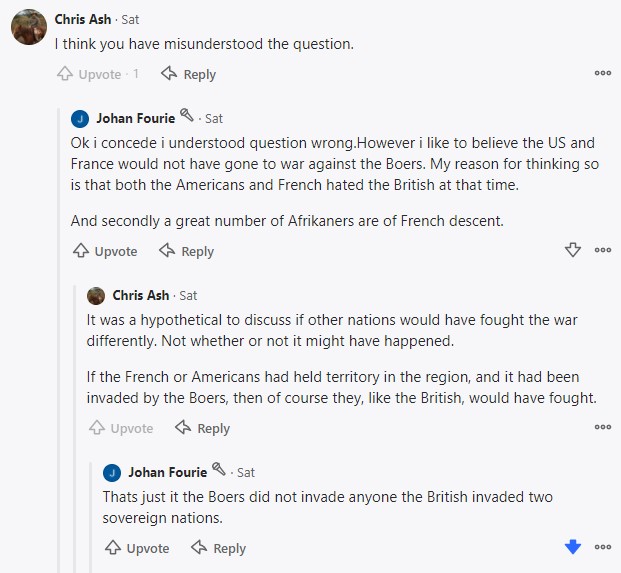 So we had quickly established that not only had this fellow misunderstood the question, but that he also did not have the first clue about the war.

No great surprises yet, but things continued to get increasingly amusing: 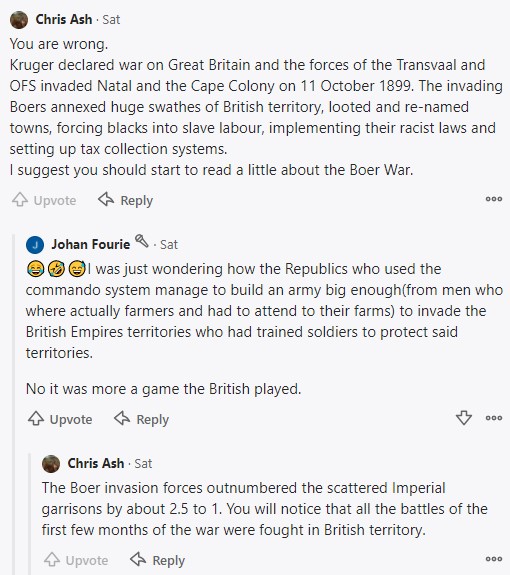 None of these inconvenient facts troubled him, however, and he ploughed on with the enthusiasm only someone with absolutely no knowledge of a subject can muster: 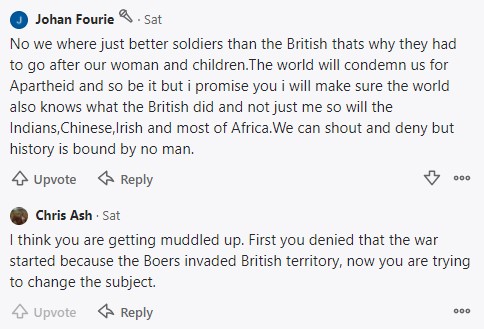 This perfectly illustrates the mind-set of a True Believer, and their utter lack of logical thinking. Desperate to deny that Boers invaded British territory, his explanation as to why all the opening battles of the war were fought in British territory was because ‘the Boers were just better soldiers than the British’.

Perhaps he also denies that Germany invaded the Soviet Union in 1941, and the only reason why all the battles were fought in Soviet territory for the first couple of years is because ‘the Germans were better soldiers than the Russians’?

And then he continued: 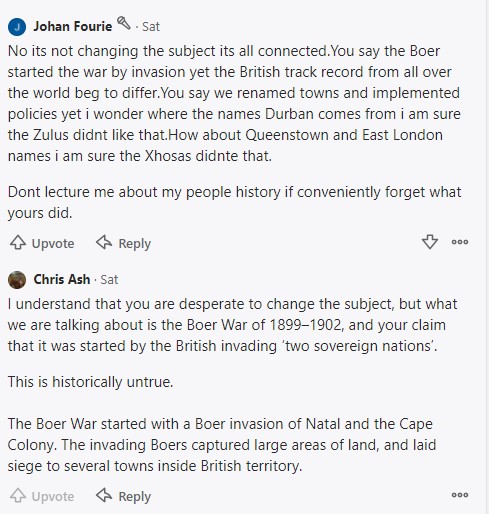 So his ‘argument’ seems to have been that the British must have been the ones who started the war by invading the republics, because they had invaded other places on the planet at some other points in time (as had the Boers, of course, but that reality seems to have passed him by).

Again, one wonders if he therefore denies that (for example) Argentine forces invaded the Falklands in 1982, because ‘the British track record from all over the world beg to differ’?

Such are the mental gymnastics Defenders of the Myths have to perform to keep their fairy tales alive.

Anyway, he scuttled away at that point, so the entertainment came to an end before we could learn how the Boers managed to lay siege to towns in British territory at the start of the war… without invading British territory.