On the Day in 1900: annexation of the Orange River Colony

On 6 October 1900, HM Government officially annexed the former Orange Free State, renaming the territory as the Orange River Colony. The capital, Bloemfontein, had been captured by British troops back in March of that year, though the OFS government had fled from town to town thereafter. Even when all the towns of the state were captured, it still defiantly continued a peripatetic existence, and thus the territory would spend the next 18 months or so in a strange constitutional limbo. 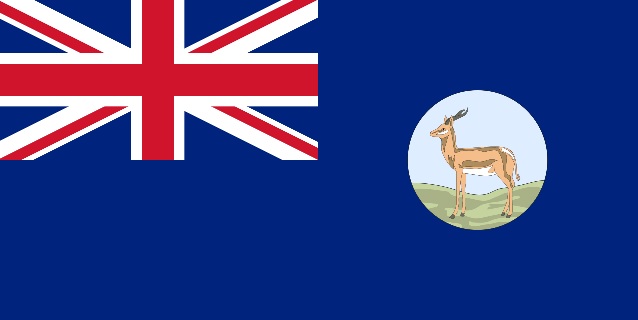 From the perspective of the Orange Free State, independence was only lost with the ratification of the Treaty of Vereeniging on 31 May 1902, so a bizarre situation continued between 6 October 1900 and 31 May 1902, with the territory being blessed with two governments. Fleeing around the veldt, President Martinus Theunis Steyn (1857–1916) continued to claim he was in charge (due to ill health, he would later be replaced by General Christiaan de Wet as Acting State President). This, despite Sir Alfred Milner (1854-1925) being appointed Administrator of the Orange River Colony, and Sir Hamilton Goold-Adams (1858-1920) being appointed as Deputy Commissioner.

Following the Boer surrender, the territory remained the Orange River Colony until 1910, when the old name was revived during the process of forming the Union of South Africa.