Today marks the hundredth anniversary of the end of the Polish-Soviet War – a war even less understood, perhaps, than the Boer War. There was an excellent article by Danial Hannan in the Sunday Telegraph, which I thought worth sharing:

Few conflicts are as neglected as the Polish-Soviet war, which ended a hundred years ago this Tuesday. It barely registers in Western European consciousness. The Russians are keen to forget it. Even in Poland, Communist-era textbooks played it down. Yet the surprise victory by a ragtag army in August 1920, remembered by Poles as “the Miracle of the Vistula”, spared millions from the horrors of Marxism-Leninism.

As the First World War juddered to a halt, skirmishes continued among the newborn states of Eastern Europe. “The war of the giants is over,” said Winston Churchill on Armistice Day. “The wars of the pygmies are about to begin.” Sure enough, there were several short-lived border conflicts: Romania against Hungary, Yugoslavia against Italy, Czechoslovakia against Poland, the Baltic States against each other and against Russia. 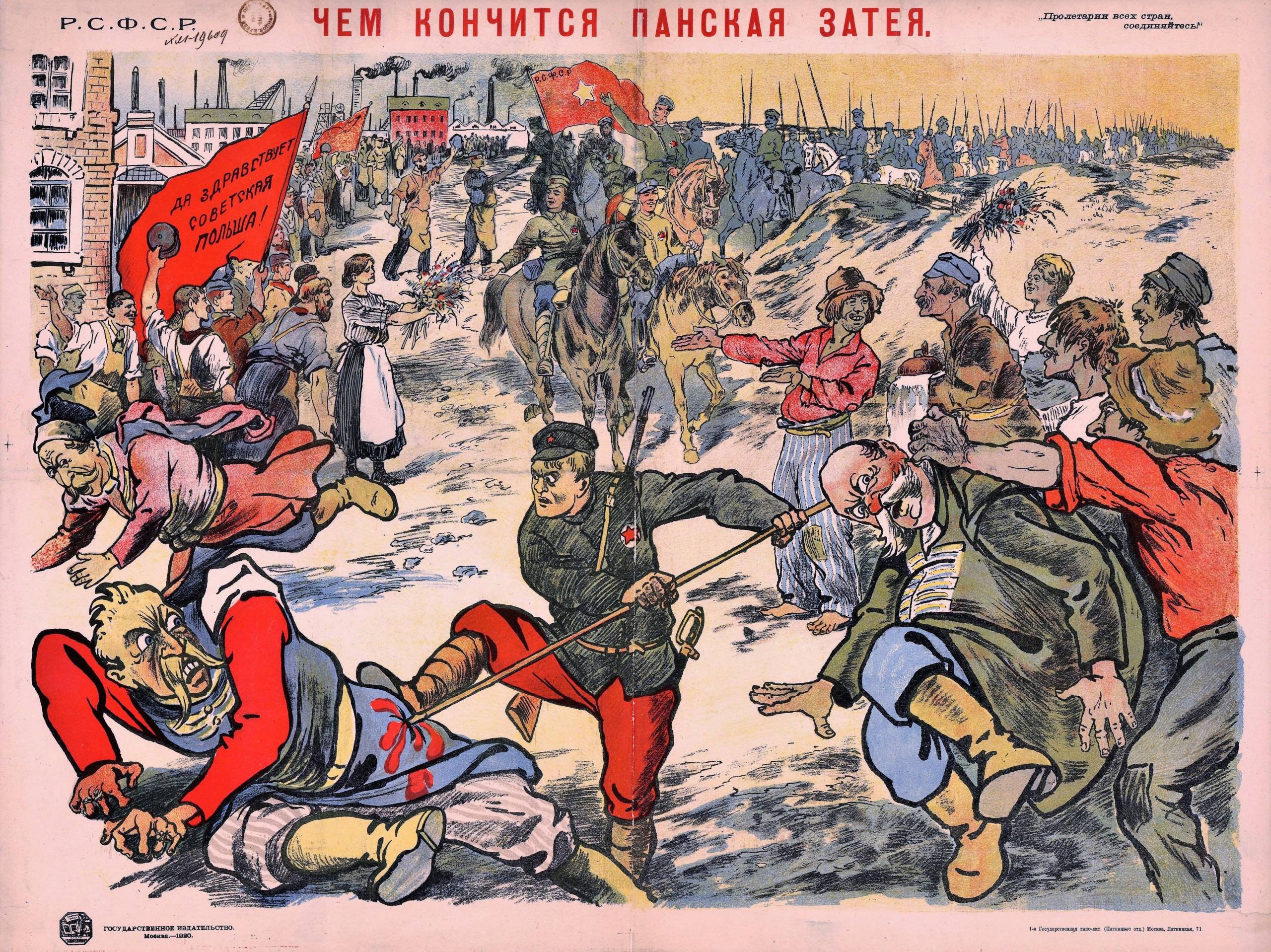 Poland, re-emerging after 123 years, made a grab for its ancient territories, its troops reaching as far east as Kiev. The Soviets hit back hard, but they were aiming for far more than a readjustment of frontiers. Lenin was well aware that the Russian Revolution had been, in Marxist terms, an anomaly. Communism was supposed to have come first to the countries which had been through their capitalist-bourgeois phase, above all Germany. Viewed from the Kremlin, the Weimar Republic looked ripe for revolution, beset as it was by strikes, mutinies and civil unrest.

Soviet leaders believed the road to world revolution ran through Poland – whose independence, in any case, they struggled to accept emotionally. “Over the corpse of White Poland lies the way to world conflagration,” was the Red Army’s Order of the Day as it advanced on Warsaw. “We carry peace and happiness to the workers on our bayonets!”

Leon Trotsky slavered in anticipation. “The gentry and bourgeoisie of Poland will be rounded up by the Polish proletariat, who will then proceed to turn their country into a socialist republic,” he predicted. As in 1944, a puppet government of Polish Communists was set up, waiting to ride in with the Russians.

“If the Red Armies are once allowed to overrun Poland,” wrote Bertrand Russell, “they are quite strong enough to set all Germany aflame and to bring the fabric of civilisation in central Europe to the ground.” 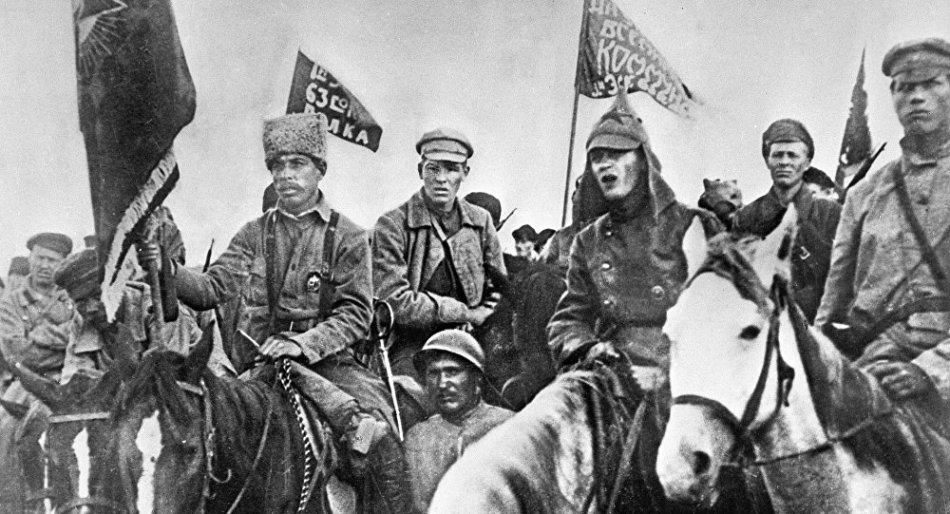 It takes an effort of will, these days, to appreciate the immediacy of the threat. We now think of Soviet Communism as ramshackle and inept. But, in those early years, plenty of people believed that revolutionary socialism was more efficient and more scientific than its rivals. Yes, it might be harsh. Yes, it might eliminate individuals, even whole classes, who stood in its way. But, in doing so, it was supposedly eliminating the needless duplications of capitalism and the sapping mumbo-jumbo of organised religion.

Sparks from the Bolshevik revolution were carried by the winds all over Europe, even to its uttermost edges. In the dry latifundias of far Andalusia, they flared into the rural jacqueries that the historian Juan Díaz del Moral christened the Three Years of Bolshevism. In Northern Europe, much of the mainstream Left aligned itself with Moscow. French socialists railed against “reactionary and capitalist Poland”. London dockworkers refused to load ammunition destined for the beleaguered Poles, and their German counterparts in refused to unload it.

As the historian Giles Udy has shown, Britain’s Labour Party more or less openly backed the USSR, throwing its weight behind the “Hands Off Russia” movement. Some of its leaders went so far as to threaten to proclaim a provisional government. Around the country, shadow soviets were established, ready to take over from local councils.

It is hard to say how much of this would actually have happened had the Red Army smashed through to Germany. At the very least, the tottering Weimar Republic, already struggling to deal with insurrections from the Left and the Right, might have fallen. Had that happened, thought Lord D’Abernon, then part of the Allied mission in Warsaw and soon to become Ambassador to Berlin, “not only would Christianity have experienced a dangerous reverse, but the very existence of Western civilisation would have been imperilled.” 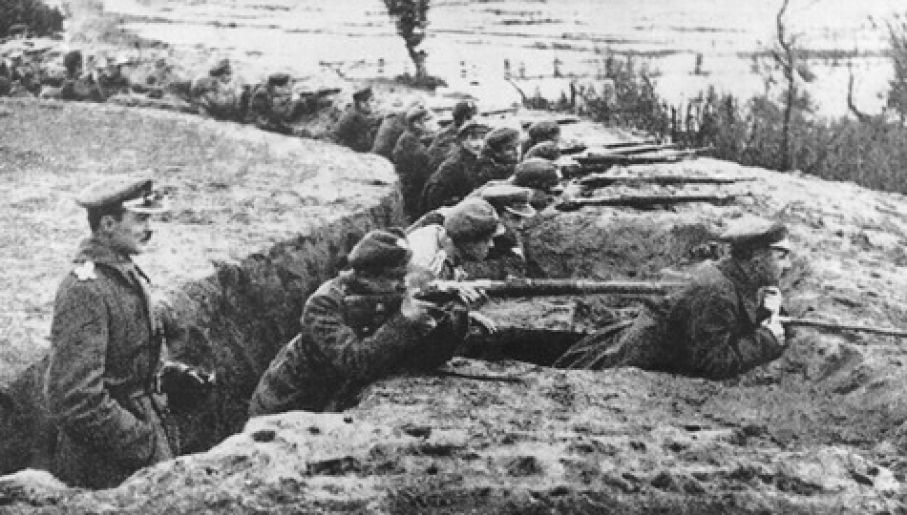 Happily, a counterattack by Poland’s leader, Józef Piłsudski, on the over-extended Red Army line east of Warsaw turned the tide. The Polish army, swollen by civilian volunteers, drove the Russians back to something like the original borderline.

As we mark the centenary, there is again conflict in the debatable flatlands of Ukraine and White Russia. Now, as then, the orientation of the East Slavic peoples is in the balance. Do those long-settled populations belong in a liberal order or a Eurasian autocracy? The quarrel is an old one, and it may never be definitively settled. Still, we should find a moment this week to pause and thank those Polish volunteers of a century ago who, in defending their homeland, incidentally saved Europe.