‘A spreadsheet of losses’

I recently read the following statement:

Battles aren’t decided on a spreadsheet of losses, they’re determined by which side achieved its objectives, and which didn’t — a lesson it would be incumbent on Americans to remember, as the principle was well illustrated in Vietnam, where the North unambiguously won, by achieving their war aims, and America unambiguously lost, by achieving none of its own, despite the Vietnamese taking more than 20x the casualties.

Though not especially well-written, and despite conflating the results of battles with the result of a war, the writer nevertheless makes a valid point, and one which many commentators on the Boer War would be advised to note.

All this would, of course, be so much easier if the ‘winner’ of any given battle could be decided as easily as that of a rugby match. Everyone knows that a try is worth 5 points, a penalty is 3 etc, and so if the Sharks score 32 points, and the Blue Bulls only score 6, then it would take a particularly thick-headed supporter to dispute the result of the game. However, battles are, of course, infinitely more complex, and there are no accepted ‘rules’ whereby killing an enemy infantryman is worth one point, a Colonel scores you 10 and capturing a gun gets you 100 points. Nevertheless, this inconvenient reality doesn’t stop the True Believers of Boer War Myths totting up (alleged) losses, and declaring a ‘winner’ based on those, ignoring everything else.

The first problem with using the ‘spreadsheet of losses’ method when studying the Boer War, is that the casualties reported by the republicans throughout the conflict were invariably vastly understated, and it is these, often ridiculously low, figures which are gleefully seized upon, and trotted out, by Defenders of the Myth.

The main problem, however, and as suggested in the opening quote, is that this schoolboy ‘totting up of numbers’ / ‘body-count’ / ‘spreadsheet of losses’ approach fails to consider the troublesomely ticklish matter of attainment of objectives. 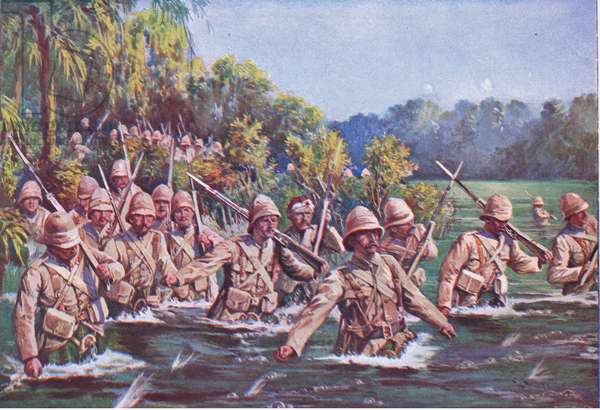 Take the Battle of Modder River[i], for example. I recently attended a talk in which Modder River was – rather bizarrely – described as a ‘defeat’ for the British. I pointed out the salient fact that the Boers, their flank turned and having been driven from their defences, fled in the night, and that Methuen’s men thus established themselves on the northern bank of the river. The speaker then rather grudgingly changed his story, and I was instead assured that it was only a ‘Pyrrhic victory’.

Leaving aside that even this is very different from a ‘defeat’, and though there is little doubt that Methuen’s Division suffered rather heavier losses than the defending Boers that day, it is still farcical in the extreme to pretend this means Modder River was a ‘Pyrrhic victory’. It stands to reason that an attacking force will generally suffer heavier losses than a dug-in, defending force – especially one holding a river crossing – but nonetheless, Imperial losses at Modder River were only 72 KIA[ii] – this out of a force some 8,000 strong: or rather less than 1%.

In contrast, and as alluded to above, total Boer losses (ie. killed, wounded and captured) in the action are often quoted as being only 80, but this is highly unlikely given that 25 Boers were captured, and 50 were left dead on the field[iii]. It would therefore not be unreasonable to assume that another 200 Boers were wounded in the battle[iv]. Of course, such critical thinking is vehemently rejected by Defenders of the Myth, and they are much happier to accept whatever cock-and-bull story they were fed during the Apartheid-era[v]. 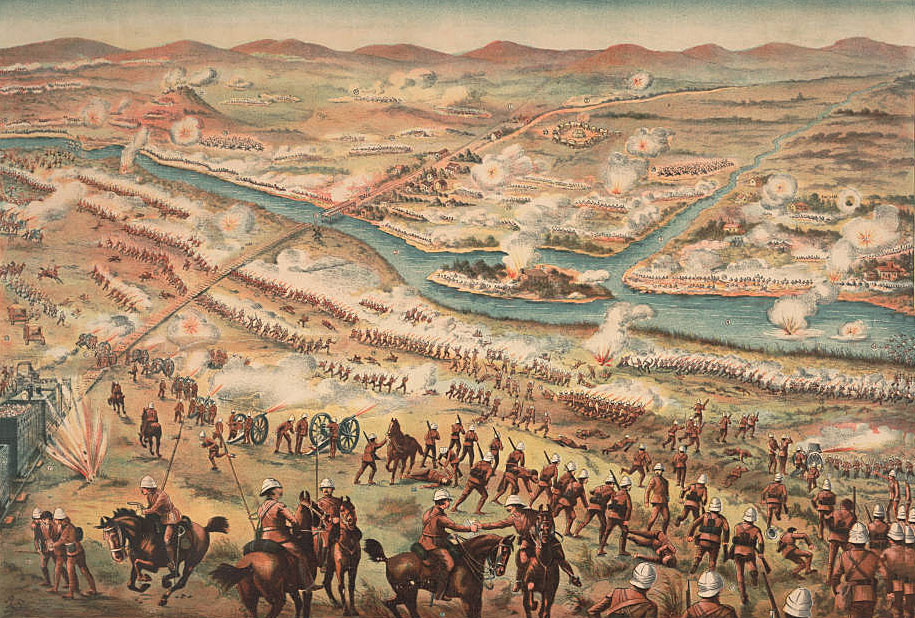 What we can be absolutely certain of is that Modder River saw none of Methuen’s units destroyed as effective combat forces, none of his guns were lost, and his Division[vi] re-started their advance – and fought another major action – as soon as the railway bridge had been repaired. As much as it seems to pain some people to admit this, and though the lion’s share of the fighting was done by the newly-arrived Highland Brigade, all of the units involved at Modder River were available for action at Magersfontein just 13 days later – so not really the text book definition of a ‘Pyrrhic victory’.

And if it is ridiculous to pretend Modder River was merely a ‘Pyrrhic victory’ for Methuen, it is even more far-fetched to claim it was a defeat. Those who do so display outstanding ignorance of the Boer War, and of military history in general; the simple, undeniable, fact is that Methuen achieved his objectives (ie. breaking through the Boer defence lines, and forcing his way across the river), whereas the quarrelling gaggle of Boer commanders facing him completely failed in theirs (ie. preventing the British from forcing their way across the river).

Of course, not all victories are clear cut. We are not dealing in absolutes here, and it stands to reason that sustaining excessive casualties does matter, even if one’s objectives are attained. To continue the above example, had Methuen achieved his objectives (ie. forcing his way across the river), but lost all his guns and 50% of his men KIA in so doing, then obviously it would hardly go down as a stunning victory. He would have achieved his objectives, sure, but at such a heavy cost to his division that it would certainly have greatly diminished his achievement. The German invasion of Crete in 1941 perhaps serves as an example of this: yes, the Germans achieved their objectives (ie. they secured the island), and the Greek / British / Empire troops failed in theirs (ie. to retain the island), but the German paratroop units suffered such heavy losses[vii] that no such mass airborne operation was ever attempted by Hitler’s forces again. For all that, however, it would be ludicrous to claim that the invasion of Crete was anything other than a crushing German victory: it is undeniable that they secured their objectives, and any attempt to portray it as a British / Empire victory – due to them inflicting high casualties on Hitler’s elite forces – smacks of clutching at straws, special pleading and re-writing history… and sounds just as pathetic, in fact, as pretending that Modder River was a Boer victory.

Overwhelmingly, it is the attainment (or not) of objectives that matters when it comes to determining whether a given battle was a win or a loss. If we ignore this, and instead use ‘a spreadsheet of losses’ as our criteria for declaring a winner, then this would not only transform the Vietnam War into a devastating American victory, but also revolutionise our understanding of the Eastern Front in WW2, with Germany now declared to have handsomely won pretty much every battle there. Likewise, using our trusty ‘spreadsheet of losses’, the colonial epic of Isandlwana would now need to be considered as a splendid British success, with some 4000 Zulus killed for the loss of about a quarter of that number of redcoats. The Alamo is another battle which we would have to re-visit, with the spreadsheet confirming it should be considered a clear-cut, unambiguous victory for the Texans. Perhaps most remarkably of all, the ‘spreadsheet of losses’ approach re-invents the D-Day Landings as a magnificent Nazi victory, with the Allies losing about twice as many men as the defending German forces. 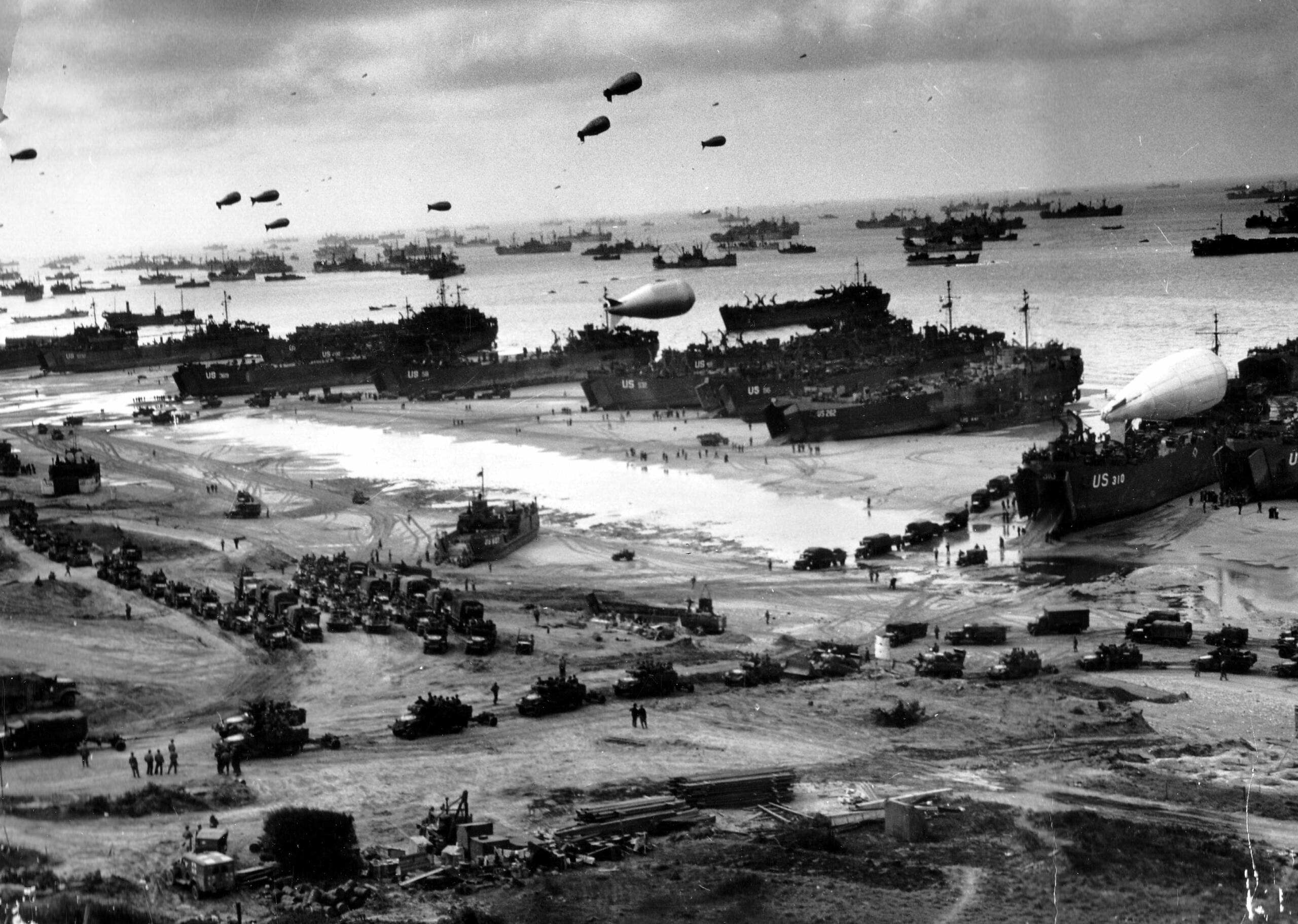 Of course, no one would really ever suggest any of these things… except when it comes to the Boer War, that is. In this case, and in this case alone, all bets are off, and we are constantly provided with some much-needed amusement as the increasingly unhinged True Believers frantically tie themselves in knots, screaming that every British victory was a defeat, every Boer defeat was a victory, up is down, and black is white. Logic and historical reality are completely meaningless to these fellows, so desperate are they in their increasingly shrill attempts to defend their treasured myths.

[i] Fought on 28 November 1899, near the modern-day village of Ritchie (named ‘Rosmead’ at the time), some 20 miles to the south of Kimberley in today’s Northern Cape Province

[iv] Referencing statistics compiled by the Dupay Institute, Killed to Wounded ratios of the period were in the region of 4:1. For example, the American army sustained 5.88 men wounded for every man killed in the Spanish-American War of 1898, and 3.81 men wounded for every man killed in the Philippine-American War of 1899-1902. Indeed, the American army’s experience was that the ratio of 4:1 remained fairly consistent from the US-Mexican War of 1846-48, throughout the Great War, WW2, Korea and even Vietnam. Interestingly, the ratio was nearer 9:1 in the recent conflicts in Iraq and Afghanistan, perhaps due to the much more widespread use of effective body armour and improved medical support / casualty evacuation

[vi] by then even stronger, due to reinforcement by the Highland Brigade