It always amazes me that there are still those who fervently believe that poor old, misunderstood, Kruger was ‘forced’ to invade, annex and thoroughly loot British territory. Needless to say, they then have to perform outrageously amusing mental gymnastics, and dream up all manner of entertaining excuses, to justify why in this case (and in this case alone) they fully support the invasion of a neighbouring state.

Ignoring the inconvenient reality that London had no plan in place to invade the Transvaal (in stark contrast to Kruger who had been working towards his invasion since at least 1887)… disregarding that there were no Imperial troops massing on his border… and turning a blind eye to the fact that the Boers significantly outnumbered the British troops in the region, Kruger’s modern-day cheerleaders passionately squawk that their (semi-literate, antediluvian, racist, flat-Earther) hero ‘had no other choice’, and ‘only attacked before the British attacked him’, and ‘it was a defensive invasion’, and all sorts of other rubbish. 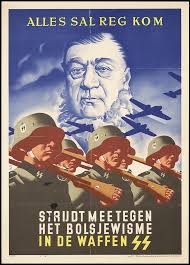 One is left to wonder if such people are currently spewing forth similar justifications for the Russian invasion of Ukraine? I mean, poor old Putin has to act now, before Ukraine joins NATO, right? He is being ‘forced’ to act, otherwise he will be surrounded by nations belonging to that warlike and expansionist organisation. And, besides, it’s not a real invasion anyway – Russia only plans on taking part of the Ukraine, not all of it, so where’s the problem? And it’s just a pre-emptive strike: haven’t you heard of a ‘defensive invasion’ before? All poor old, misunderstood Putin wants is to protect Mother Russia from the evil Ukrainian fascists: he needs to attack them before they attack him.
Basically, it’s all someone else’s fault – not his.