The role of the South African tourism industry in maintaining the myths of the Boer War always amuses and amazes me. Indeed, their mission statement seems to be to perpetuate the nonsense that the war was in absolutely no way the fault of the side that:
a) declared war, and
b) invaded their enemies

No doubt scribbled out by some dinosaur-like, embittered Apartheid-era relic, for example, this rubbish can be found on the ‘information’ (ahem) board on the summit of Spion Kop: 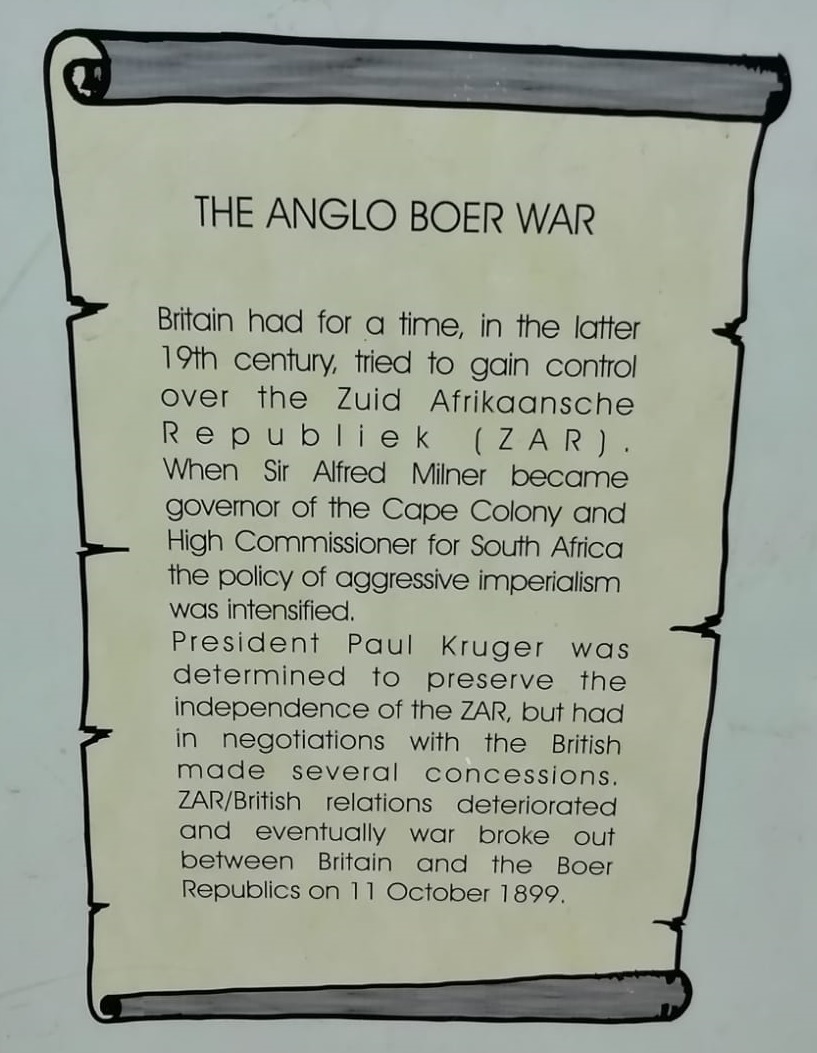 Completely ignoring who declared war, we are assured that the conflict was all the fault of Milner – this despite Kruger’s clique pushing the OFS to join them in an offensive alliance against Britain as early as 1887… which was – rather inconveniently – a decade before Milner even arrived on the scene.

And, what, we are left wondering, were the concessions which Kruger offered? In reality, he refused to offer a fair franchise to the Uitlanders, played for time, demanded to be allowed to grab Swaziland, and continued to cheerfully discriminate against Jews, blacks, Catholics and English-speakers… but remember: we are meant to believe that he’s the good guy in all this, and the innocent victim.

What is most entertaining is that we are asked to believe that ‘war broke out between Britain and the Boer republics’. Presumably in the same way that ‘war broke out between Japan and the USA in December 1941’?
No – what happened is that, after years of plotting and preparation, Kruger massed his forces on the border of Natal, and then declared war.

But I guess that doesn’t fit the carefully constructed myth of Boer victimhood.

And if this is not bad enough we then, in another such poster, get a dose of similar crap about the Boer invasion of Natal: 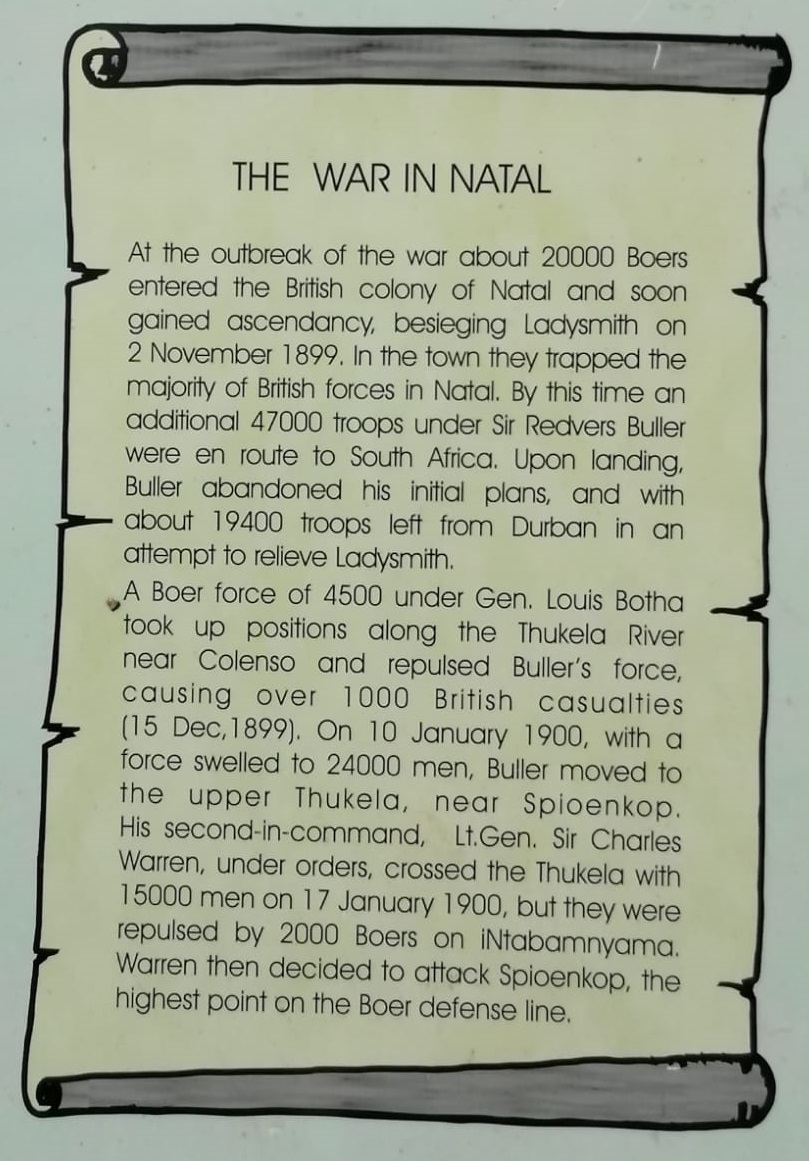 The republicans initially committed 21,000 men to the invasion of Natal, a number which later rose to perhaps 30,000. However, a central part of the myth is to pretend the republicans only fielded small number of troops, so this chap prefers to downplay the numbers involved.

More importantly, would anyone say, for example, that German troops ‘entered’ France in 1940? Or Argentinian forces ‘entered’ the Falklands in 1982?

So why come up with such a deliberately inoffensive word to describe the Boer invasion of Natal?

And if the object is to tell the story of the war in Natal, why no mention of the the fact that the Boers looted Dundee and Newcastle, and renamed them both?

Indeed, why no mention of the fact that the invaders looted their way well into Natal – including stealing the horses at the Hartford House stud farm, just outside Mooi River – before retreating, laden-down with loot, after the Battle of Willow Grange?

Still, at least we were spared the tired old bullshit of the invading Boers ‘only wanting to take up defensive positions, just over the border’.