Over the years, and despite all the evidence to the contrary, I have been assured by many (intensely ignorant) people that, Kruger was ‘a freedom fighter’ who ‘resisted the British Empire’. Needless to say, to actually believe this rubbish takes a very bizarre misunderstanding of history (plus a great deal of anti-British bias), and a recent ‘debate’ online got me thinking about this nonsense a little more. 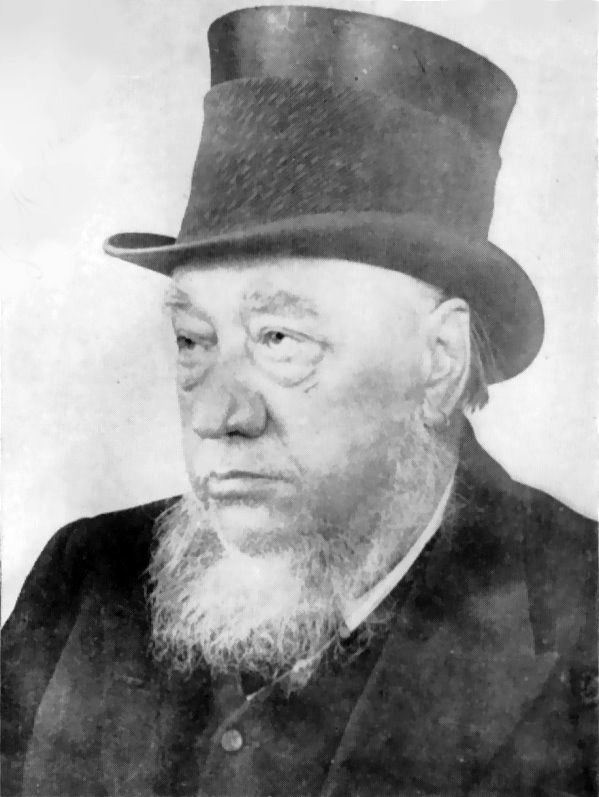 It is perfectly normal for ill-educated True Believers™ to entertainingly tie themselves in knots, desperately (if pathetically) trying to pretend that the Boers were the innocent victims of the war… to the extent that they often even seek to deny that the war started because the republics declared war on Britain, or that they invaded British territory… so nothing new there from this particular deluded fool. What made the recent discussion even more laughable than usual, however, is that the moronic fellow who was denying the republics declared war on Britain, then copied-and-pasted this paragraph from Wiki[i] to ‘prove’ his point:

Sharp-eyed readers will have already noticed that the passage he copied-and-pasted – the ‘smoking gun’ if you will, the thing that he thought would cause me to throw my hands up in defeat – actually stated very clearly that the Boers did indeed declare war on Britain. This is the level of intelligence and utter delusion one regularly encounters from Defenders of the Myth™. The reality is, however, that they are rather pathetically trying to defend the indefensible, so one cannot really expect much better from these poor fools.

Anyway, when I pointed out to him that his ‘evidence’ actually proved my point (and thus he had completely humiliated himself[ii]), he didn’t so much as bat an eyelid, and instead said that it was ‘obscene’ to describe it as a declaration of war, as ‘the British shouldn’t have been there in the first place’, and furthermore (this is the best bit), all that had really happened is that ‘the Boers had the guts and honesty to call the thing by its name’. Presumably in the same way that he admires Hitler for having the ‘guts and honesty’ to call his invasion of Poland by its name?

Absolutely intrigued by the depths of his immaturity, complete lack of understanding, and sheer stupidity (and still unsure why anyone with even half-a-brain would post something to ‘prove’ a point, despite it stating the exact opposite), I wondered if he performed the same ludicrous mental gymnastics to explain away every other act of aggression throughout history. And so I asked him:

‘Let me guess: you also think that Japan didn’t really declare war on, and attack, the USA? And, furthermore, it was actually America’s fault anyway, as they shouldn’t have been there? I mean, after all, all that really happened is that the Japanese had the guts and honesty to call it by its name, right?’ 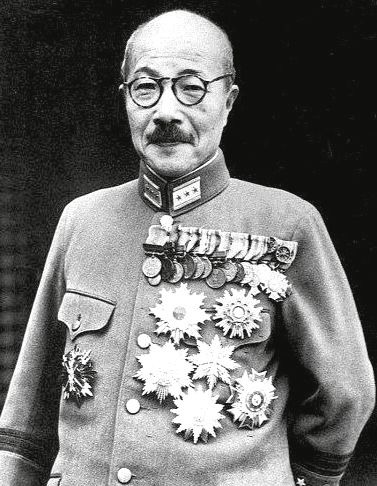 Unfortunately we will never know if he also believes that Imperial Japan was a poor, innocent victim (though of dastardly American aggression in their case), as he repeatedly failed to answer my simple question. But I was left wondering if True Believers™ have ever spotted the parallels between Kruger’s Transvaal in late 1899, and Tojo’s Japan in late 1941.
At first glance, I admit that this sounds rather far-fetched and contrived, and of course no such comparison is ever perfect, but do please bear with me, as there are nevertheless some striking similarities:

Prior to both conflicts, both the Transvaal and Japan had fallen under the control of an ultra-Nationalist clique, and both considered themselves ‘better’ and ‘more advanced’ than their ‘uncivilised’ neighbours.

Indeed, both these ruling cliques considered their race to be special and superior: hardliners in Japan mocked Westerners for being descended from apes, genuinely believing the Japanese were descended from Gods[iii]. No less absurdly, however, Kruger and his Bible-bashing gang of Puritanical lunatics were absolutely convinced that the Boers were God’s Chosen People, and that the fearsome Almighty of the Old Testament would happily throw a few lightning bolts to support them in their Empire-building Crusades.

Both regimes had been constantly and aggressively expanding their territory in the two decades before they declared war, with Japan invading Manchuria and China[iv] in the 1930s, and the Transvaal snatching land in all directions throughout the 1880s and 1890s, primarily targeting Bechuanaland, Zululand and Swaziland.

Both states were keen to keep rapaciously grabbing land which they had somehow convinced themselves was theirs by divine right; the Japanese considering East Asia to belong to them, while Kruger’s government believed that southern Africa was their promised land. In both cases, to expand much further, however, would involve clashing with a Western power.

Thus, the Japanese boasted of driving the Western Imperial powers from Asia, using the slogan of ‘Asia for the Asians’[v] to justify their ambitions to build an ‘East Asian Co-Prosperity Sphere’ – which they would, naturally, be in absolute control of. And Kruger’s gang had a similar desire to rout the British from southern Africa, using the slogan ‘Africa for the Africander’[vi] to justify their dreams of forging an Afrikaans Empire from the Zambezi to the Cape.

This aggressive instability / borderline insanity meant that both regimes had attracted the attention of the regional power and were under diplomatic pressure to calm down; for example, Great Britain had been forced to intervene to stop the Transvaal snatching chunks of Bechuanaland, and had held talks with the Kruger regime to try to convince them to extend a fair franchise to the tens of thousands they discriminated against; the USA had imposed an oil embargo on Japan due to its continuing attempt to conquer China.

Neither Japan nor the Transvaal seemed to take this diplomatic pressure terribly seriously, however, as both considered the regional power to be weak / decadent / effete, and certainly no match for their superhuman warriors[vii].

This racial arrogance prompted both to launch… how can I put it… ‘ill-considered’ attacks against the regional power(s), with the Boer republics farcically attacking the British Empire, and Imperial Japan going one further, sportingly – if stupidly – picking a fight with not just the USA, but also the British Empire and the Dutch Empire… all at once.

However, both the Boer republics and Imperial Japan initially did pretty well, capturing large swathes of territory due to surprise and / or local numerical superiority. In both examples, however, their advances quickly fizzled out when logistics began to bite, the British army moved reinforcements to South Africa, and the Americans rapidly, and massively, expanded their navy in the Pacific.

And so, with absolute inevitability, both Japan and the Boer republics soon lost the wars they had foolishly started. In the process of so doing, both caused their own people untold misery; the tragedy of the measles epidemic which impacted the concentration camps in South Africa, and the devastation of the American fire-bombing and A-Bomb attacks on Japan, are both well known (if often completely misunderstood / gleefully used by the Apartheid-government propaganda machine in the case of the former[viii]).

Both the Boer republics and Japan were then briefly occupied by the regional power, but in both cases, the occupation proved to be very much benign and short-lived, with self-rule quickly restored: ie. despite the nonsense we are relentlessly told, there was no attempt to ‘steal’ the land or resources… even though the Boer republics and Japan had blatantly been the aggressors.

And there the similarities end, as the big difference[ix] is that, except for an absolutely miniscule number of lunatics, the Japanese seem to have moved on, and the world at large has accepted the reality of what happened in 1941. I have never met anyone, for example, who will tie themselves in knots to pretend that Imperial Japan was the innocent victim of American aggression, and I’ve never heard anyone describe Tojo as a ‘freedom fighter’ who ‘resisted American Imperialism’.
Unfortunately, things remain somewhat different in South Africa. Thanks mainly to a few decades of enthusiastically-received Apartheid-regime propaganda, there are still many who will make total bloody fools of themselves, trying to pretend Kruger’s Transvaal was a peaceful, harmless place, which was cruelly attacked by the wicked, scheming, British. Most amazingly of all is that some of these cretins are so utterly deluded / desperate to believe National Party propaganda that they will triumphantly post ‘evidence’ in support of their position… even though it actually completely refutes their claims.

Needless to say, it takes a special sort of stupid to be a Defender of the Myth™, and such types can mainly be found spouting nonsense on Quora, or hanging out at AWB rallies.

[ii] Not least, by his moronic description of the Boer War as ‘a violent war’… one is left to wonder what other sort this prize buffoon thinks there is?

[iv] Japan had already formalized their grabbing of Korea by 1910

[vii] Farrelly, The Settlement After the War in South Africa, p. 266

[ix] Of course, the other really big difference is that the Boers had only invaded, grabbed, and snatched the Transvaal from black tribes a few decades earlier, and still remained a tiny minority in the place they (laughably) claimed as their ‘homeland’… in contrast, the Japanese people have inhabited their archipelago for a couple of thousand years