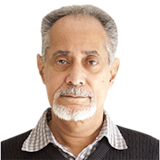 Many people will sympathise with the response of the Commonwealth War Graves Commission to its own “special inquiry” into allegations of historic racism. Of course, there was ample racism in the early 20th century, although it was by no means confined to Britain and its institutions. Of course, there were historic errors in how some war dead were honoured and commemorated. Of course those errors should be rectified if possible.

But there are also dangers in raking over these old coals a century later in an attempt to placate the likes of David Lammy and David Olusoga. For the woke Left, this is not just about properly honouring those who gave their lives for Britain, but buttressing a narrative that the Empire was inherently evil and its peoples inevitably victims.

What the critics often ignore is the fact that many of the black and Asian troops who fought in both world wars were salaried volunteers, who were proud to serve in its defence. In India, for example, there was no conscription, even though some over-eager landlords sometimes dragooned their tenants to serve. The British Indian Army was the largest professional, volunteer force in world history, supplying almost two million troops, drawn mostly from the Sikh, Jat, Rajput and Muslim communities of the north, who had served imperial armies, Hindu, Mughal and British, for millennia. For them, military service was no martyrdom, but a highly lucrative profession that visibly enriched large swathes of rural Punjab.

What was most remarkable about British African, Middle Eastern and Indian troops was the extent to which imperial discipline inculcated an esprit de corps and professional loyalty that mostly overrode the usual, local caste and sectarian differences. The result was a force whose discipline, traditions and integration helped enormously with eventual nation-building by the post-colonial successor-states.

Military discipline is invariably hierarchical the world over, and British imperial forces were no exception in offering the usual social and cultural privileges to its officer corps. During World War I, that officer corps was predominantly white, so those privileges were inevitably associated with a racial hierarchy. But did that mean that black or Asian soldiers were treated any worse than the average British conscript in the trenches? Not necessarily. The evidence is that British officers bonded closely with their subordinates, whatever their colour, and often shared their hardships and rations on campaign.

The reporting of the Commonwealth War Graves Commission report has made much of the absence of headstones for the graves of black and Asian dead. But what we shouldn’t overlook is how recent the practice was in World War One of honouring individual casualties, the frequent difficulty of identifying those killed and the very different cultural practices across different communities. Among Indians, for instance, Sikhs and Hindus would have insisted on cremation, with no graves to mark, and Muslims, though burying their dead, had no tradition of individual tombstones, except for princes and grandees. Headstones are a predominantly Christian custom, and one would be hard-pressed to find any even today among Indians or Pakistanis.

In the case of the British Indian Army, the far more real discrimination has been the collective amnesia about their role as defenders of the Raj, not its victims, among later generations of anti-colonial nationalists. India today happily celebrates its military victories over Pakistan, but prefers to ignore the thousands of war dead who fought two world wars for far more noble aims. If the Empire’s critics seriously want to atone for past racial discrimination and errors, they could take far more practical steps to celebrate the professional loyalty of Britain’s black and Asian troops. Instead of casting them as neglected victims, we should honour them with new monuments, especially in their home countries.