I am always amused that the various social media groups which purport to be about South African history are invariably frequented by people who have no interest in actual history at all. Instead, they seem to want to hang out in echo chambers, reassuring one another that their comforting myths are true.

I was recently sent a good example of this. Here is a posting about a newspaper article: 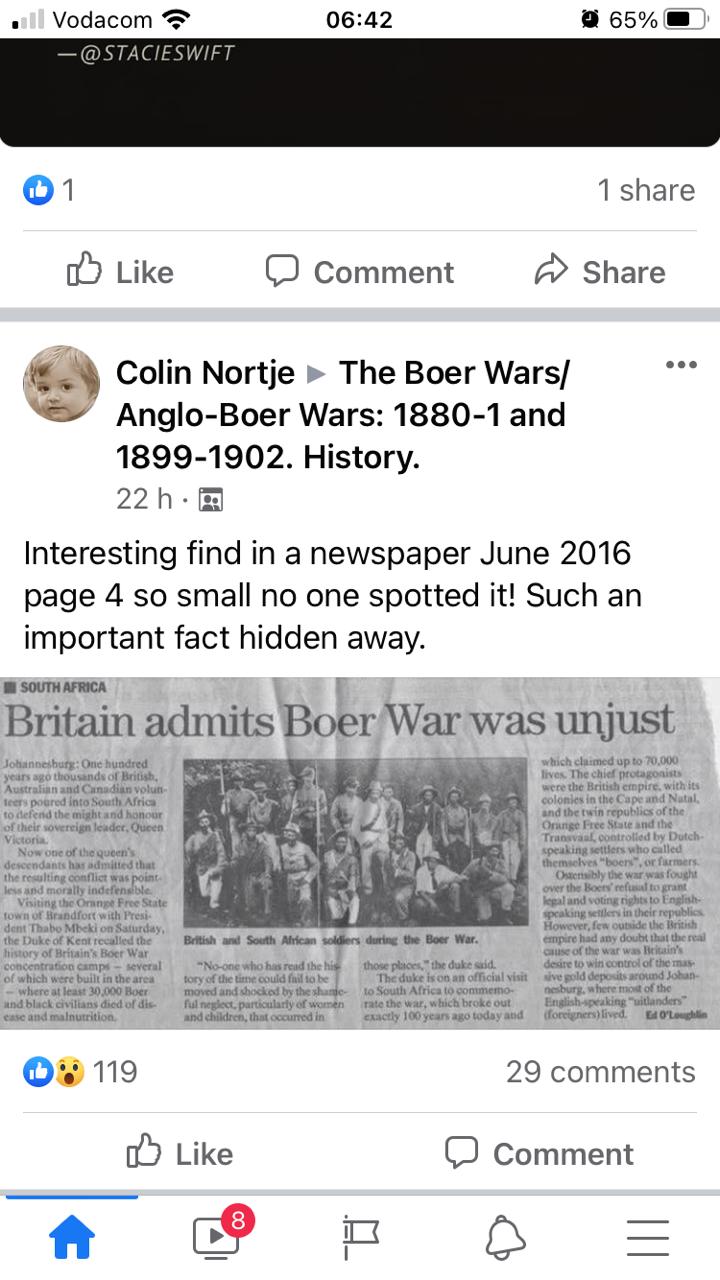 Of course, the headline alone is enough to get Defenders of the Myth jumping for joy… so much so, that it seems they didn’t feel the need to read the article itself.

Alas, for them and their ridiculous myth, the headline bears no relation to what happened, for if one takes the trouble to read what was said, a very different story emerges, and no ‘important fact’ has been ‘hidden away’.

Firstly, rather than ‘Britain’, the person being quoted is actually the Duke of Kent, a man currently 37th in line for the throne.

Secondly, the article only quotes him as saying the following about the Concentration Camps:

“No-one who has read the history of the time could fail to be moved and shocked by the shameful neglect, particularly of women and children, that occurred in those places”.

The keen-eyed reader will note that there is no mention of the war being unjust… so Christ alone knows where the headline came from.

The journalist then treats us to the usual nonsense of the war being about ‘Britain’s desire to win control of the massive gold deposits around Johannesburg’… no mention whatsoever of the awkwardly troublesome fact that it was, in reality, the Boers who started the war by invading British territory.

So why, one wonders, is this article being trumpeted by people who claim to be interested in South Africa’s history? It should be dismissed as sensationalist, ahistorical rubbish which blatantly misrepresents what was said, so as to make the story more juicy… but that is, of course, exactly what the Defenders of the Myth want.