South African history is often viewed through the prism of South African exceptionalism, with little or no understanding of how events fitted into the world at large. Thus, the Boer War is (farcically) portrayed as a dastardly British attempt to ‘steal our gold’, with no attempt whatsoever made to understand the greater geopolitical situation.

Though it is convenient for some to blame everything on gold and diamonds, the reality is that London had no choice but to defend their strategic position at the Cape: having a naval base / coaling station there was infinitely more important than the near-meaningless issue of the privately-owned gold mines of the Transvaal. When Kruger’s imperial ambitions began to threaten the British position at the Cape, war was almost inevitable, and there was no way that the British would simply pack up and leave such a strategic piece of real estate.

What is more interesting still is that this determination to retain their hold on Southern Africa long predates Kruger’s attempt to challenge it: 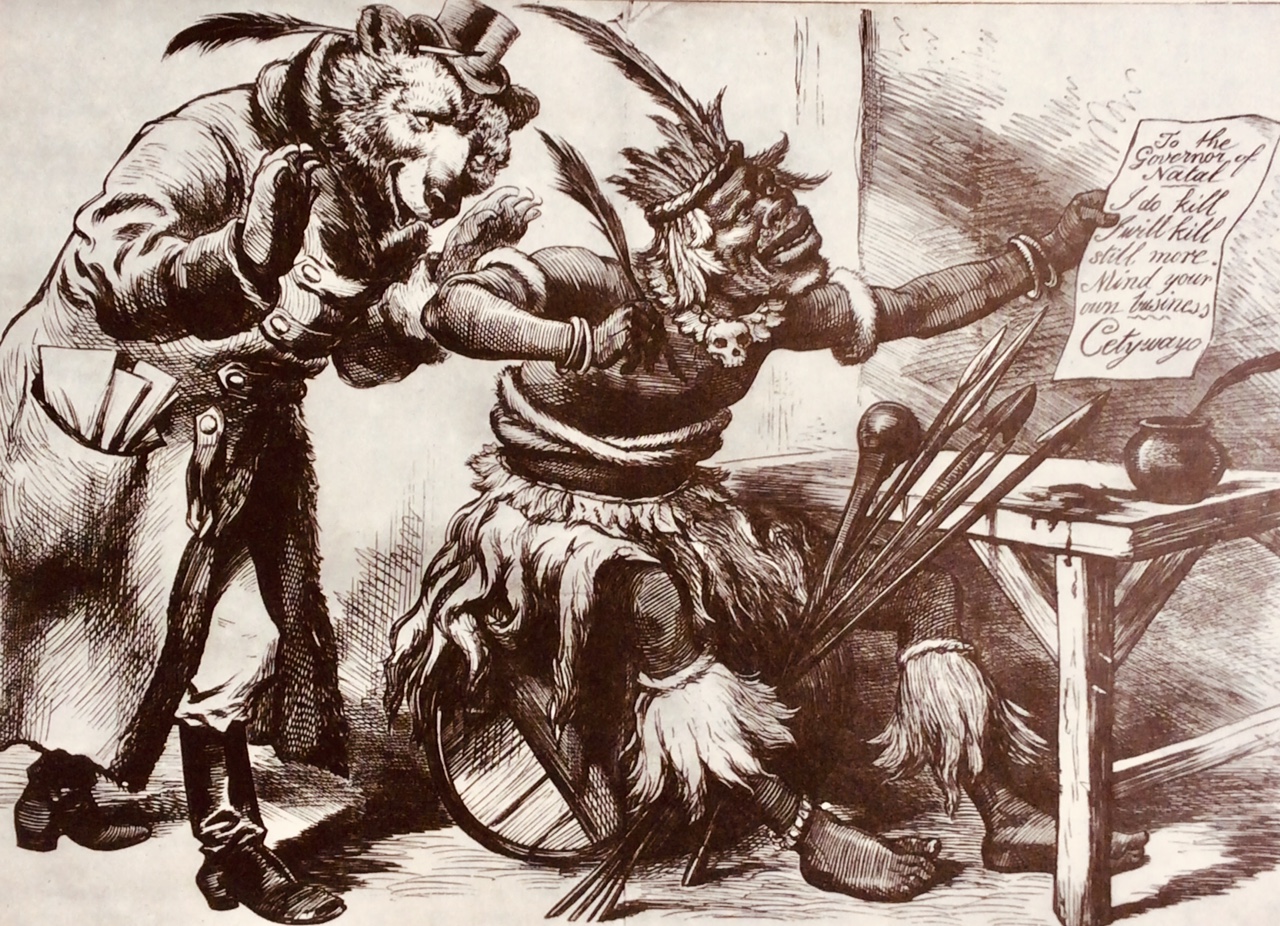 This cartoon (kindly supplied by Major Naish) was entitled ‘The Russian Bear extends “The Great Game” to South Africa’, and obviously depicts potential Russian interference in Zululand. As far-fetched as it might seem to modern eyes, if nothing else it should serve to remind us that South African affairs did not take place in a vacuum.

The late Victorian period was a time of great flux: Portuguese ‘jingos’ talked of the ‘Rose Coloured Map’, which depicted their long-established enclaves on the east and west coasts being linked by annexing pretty much everything in between. More concerning was that the rapidly industrialising, and increasingly self-confident and expansionist, Germany had had its eyes on what became Rhodesia, and was very keen to get a compliant regime in a dominant position in Southern Africa. German staff officers drew up the invasions plans for Kruger’s insane attack against the British Empire, and had their useful puppet managed to secure the whole of what became South Africa, the whole geopolitical situation would have been turned on its head.