After the bulk of the remaining Orange Free State forces had retreated into the Brand Water Basin, General Hunter attempted to break into their supposed mountain-fastness in a series of actions in late July 1900. The twin battles of Slabbert’s Nek and Retief’s Nek were both fought on the 23rd and 24th of July. 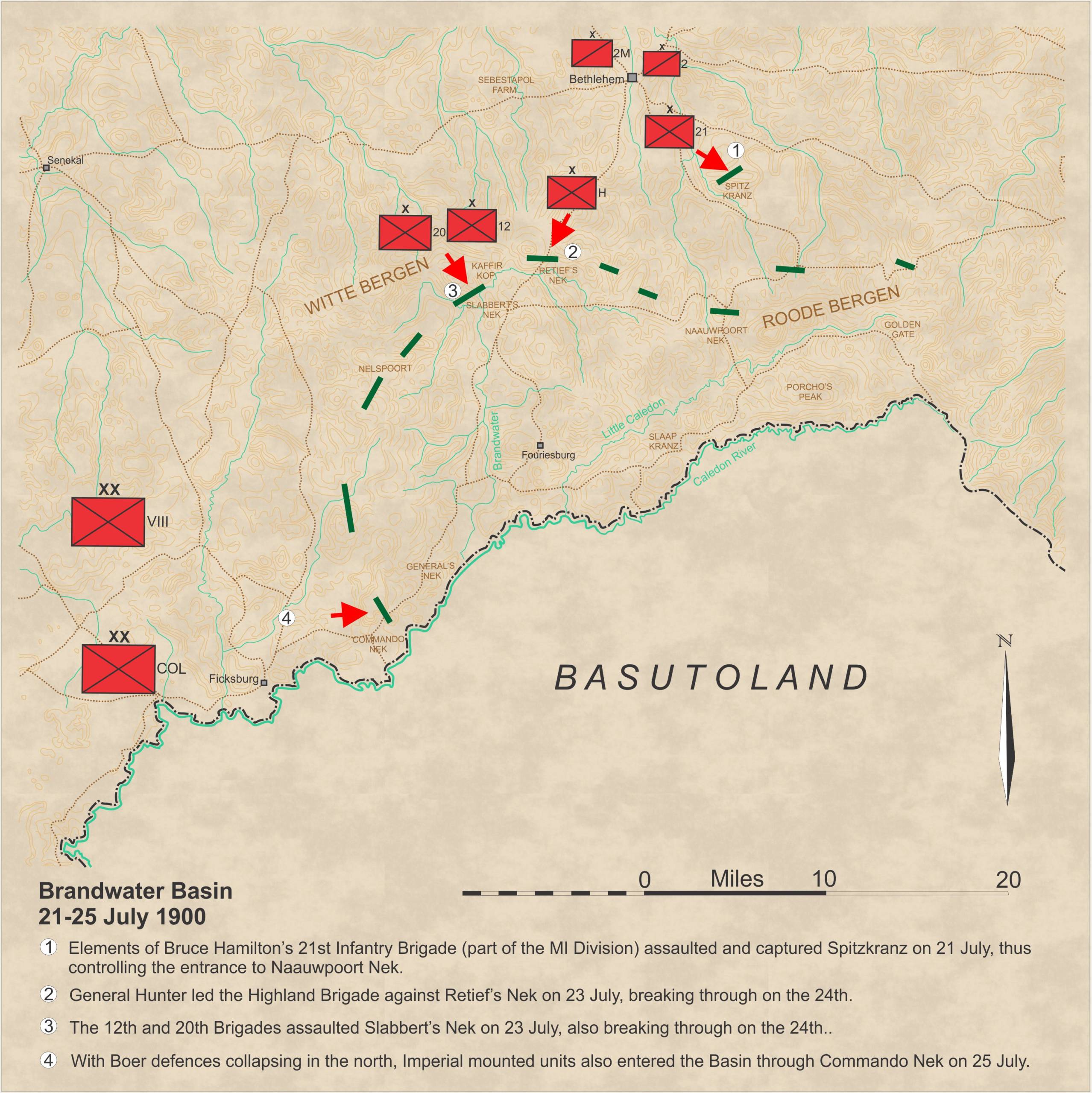 While Hunter personally commanded at Retief’s Nek, General Clements commanded elements of the 12th and 20th Brigades against the positions at Slabbert’s Nek: 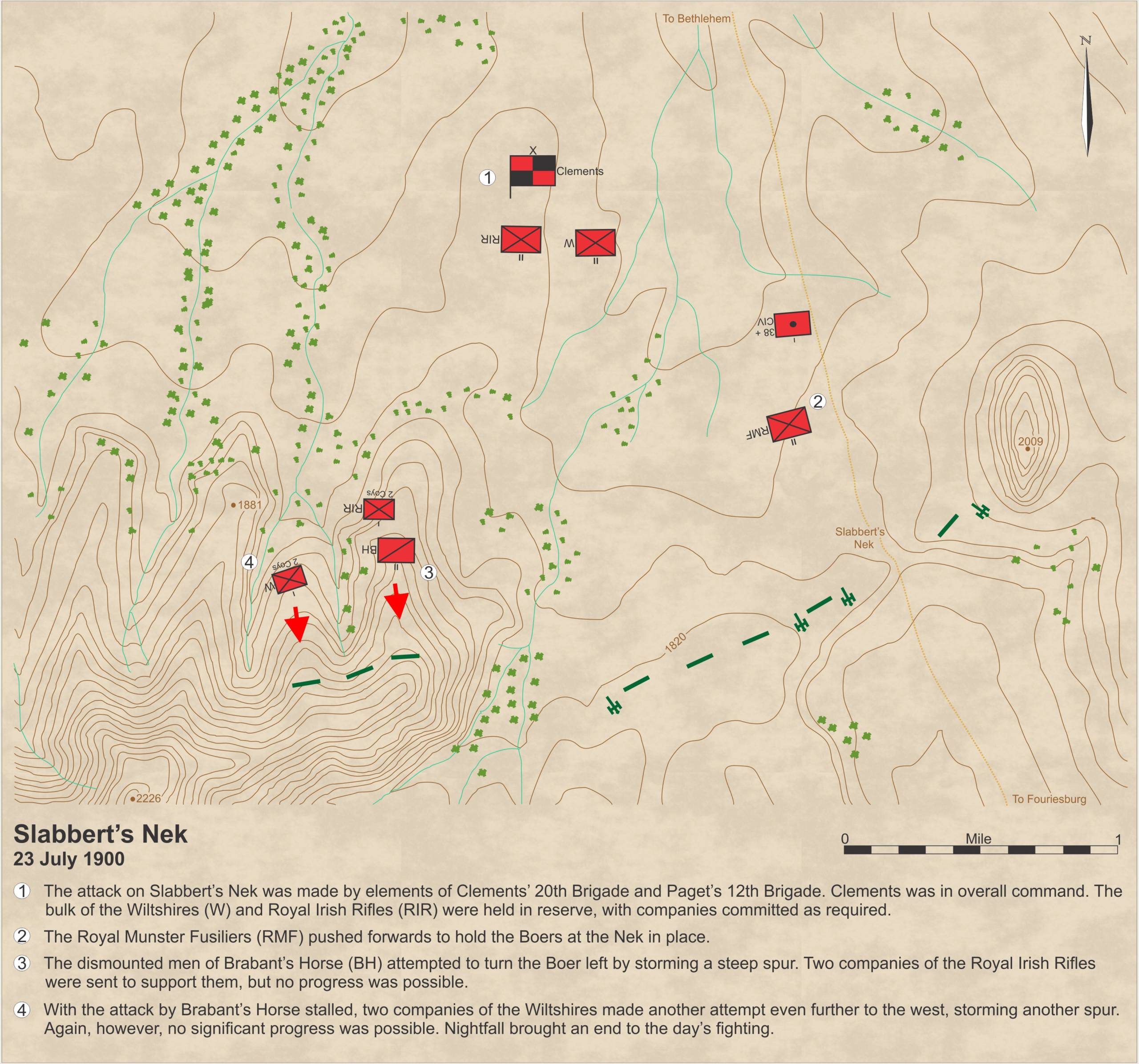 No breakthrough had been achieved on the 23rd, but the Boers – rather belying the ‘super human status’ that has since been bestowed upon them – decided to leave their defences and sleep in the comfort of their laagers that night. It was a dereliction of duty unthinkable in the British army, and was quickly exploited by the Tommies: 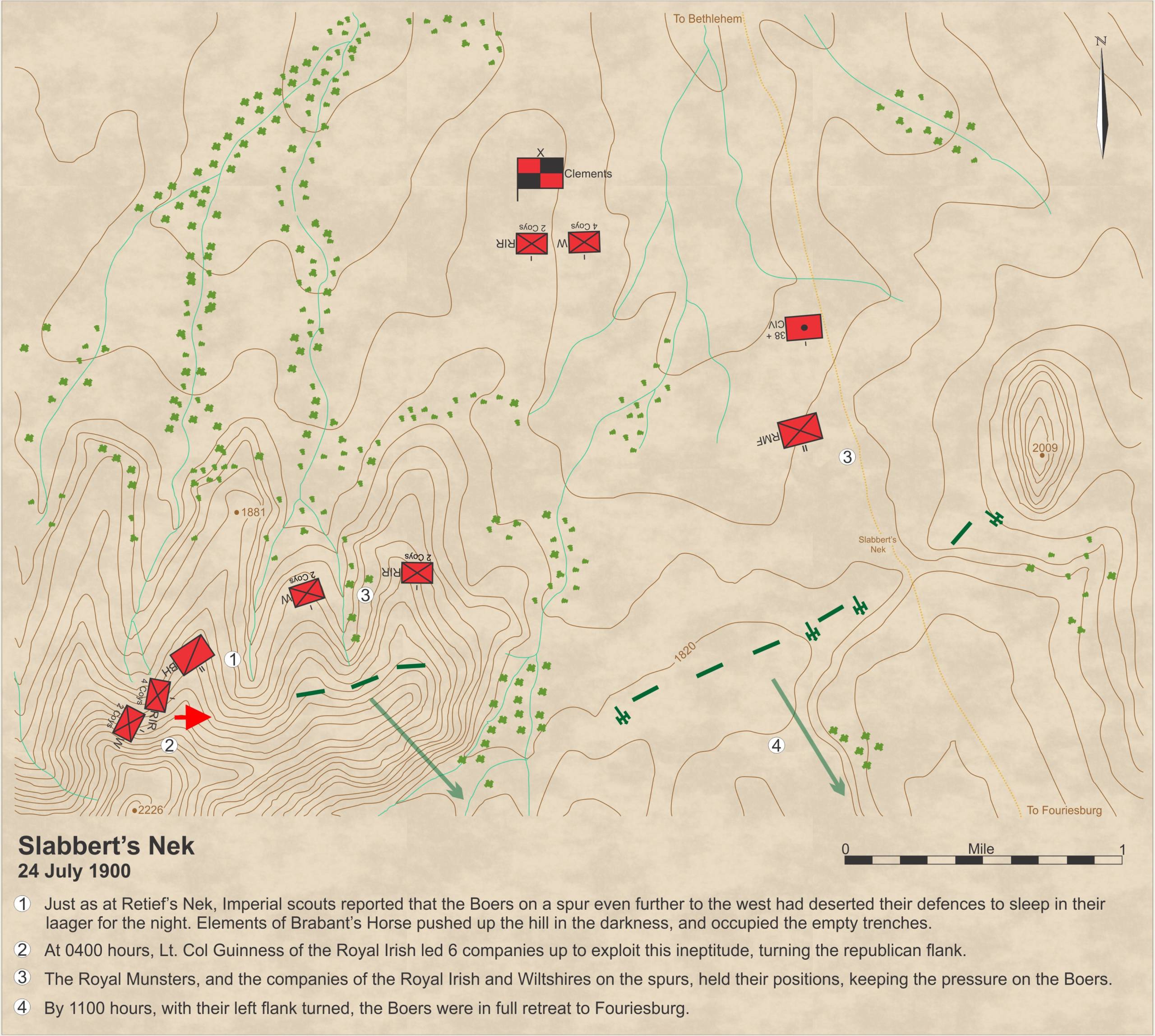 With the khakis breaking through at both Retief’s Nek and Slabbert’s Nek, the supposedly impregnable position had been breached.

Within days, over 4,000 Boers would surrender. 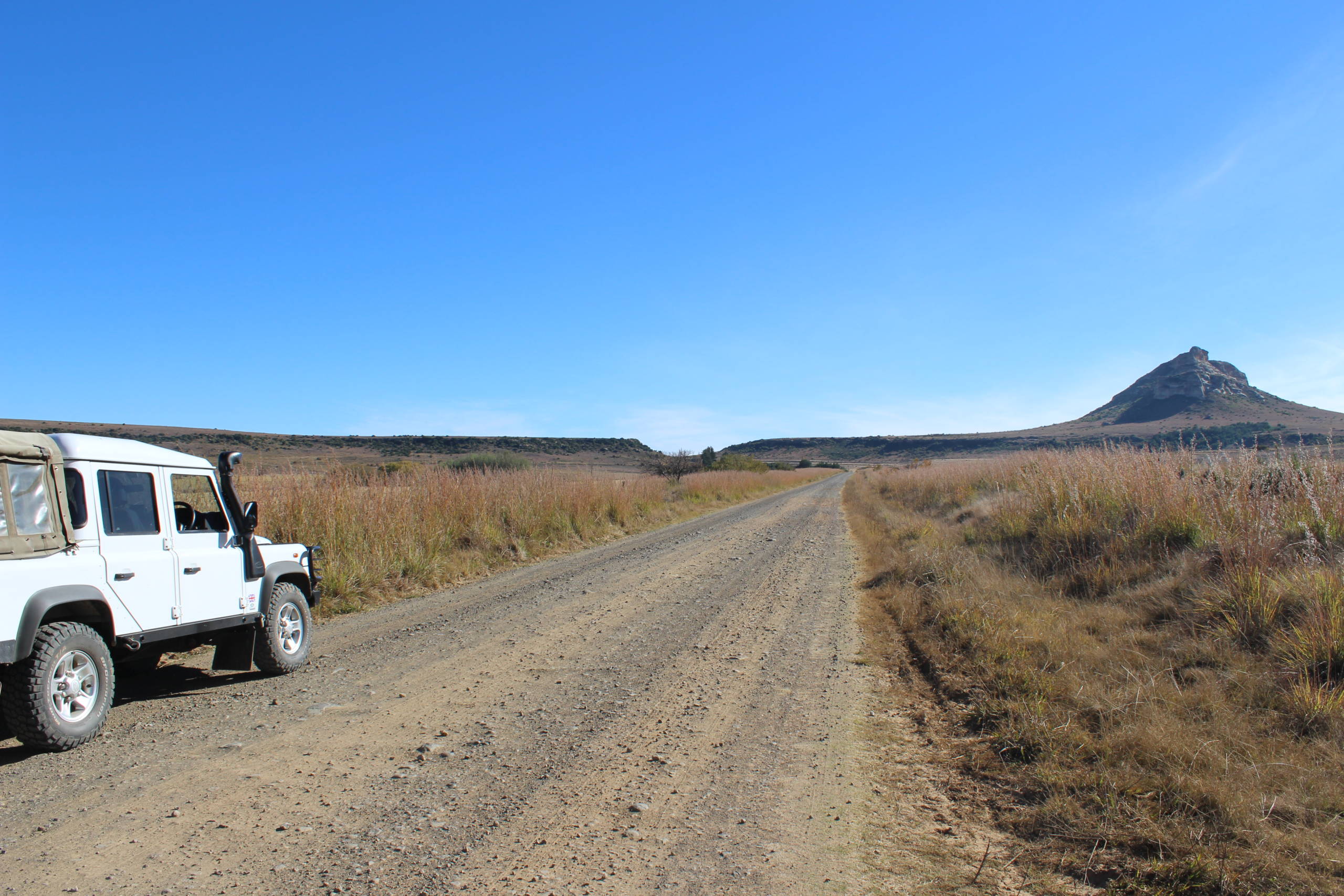