Nooitgedacht… but not as you know it

I was recently sent this link to an article:

With mind-numbing predictablity, the defeat – just like each and every other British reverse – is described as a ‘humiliation’, with the author even gleefully declaring that the British were ‘routed’ from the field.

The reality is, however, rather different.

While there is no doubt that Nooitgedacht was a serious defeat for the British, the fact is that Clements’ badly sited camp was attacked by a force of Boers twice his number. The Boer attack was initially launched by De la Rey; attacking from the West at 0345 hours, his men assaulted positions held by Colonel Legge’s MI on the low ground. These attacks were driven off by the MI, with supporting fire provided by the guns of ‘P’ Battery, RHA. Legge was killed in the action.

However, the lightly-held positions on the high ground above the camp were then stormed by bitter-einders under General Beyers, with the Boers securing the ground by about 0600 hours. Accepting that the loss of the heights made the position untenable, Clements conducted a fighting withdrawal to a feature known as ‘Yeomanry Hill’ and consolidated his battered force there by about 1030 hours.

Jan Smuts remarked that the withdrawal had been conducted with ‘insight and soldierly qualities’ and all the guns were saved. So Christ alone knows why this was described as a ‘rout’. Equally baffling is the author’s mention of ’10-pounder guns’ – a type of field piece not used by either the Royal Horse Artillery, or the Royal Field Artillery.

But then again, and as usual, historical reality counts for nothing when it comes to defending the myths of the Boer War.

For anyone who is interested in a rather less sensational / less fanatically anti-British / more historically accurate account of what happened that day, the map below might help: 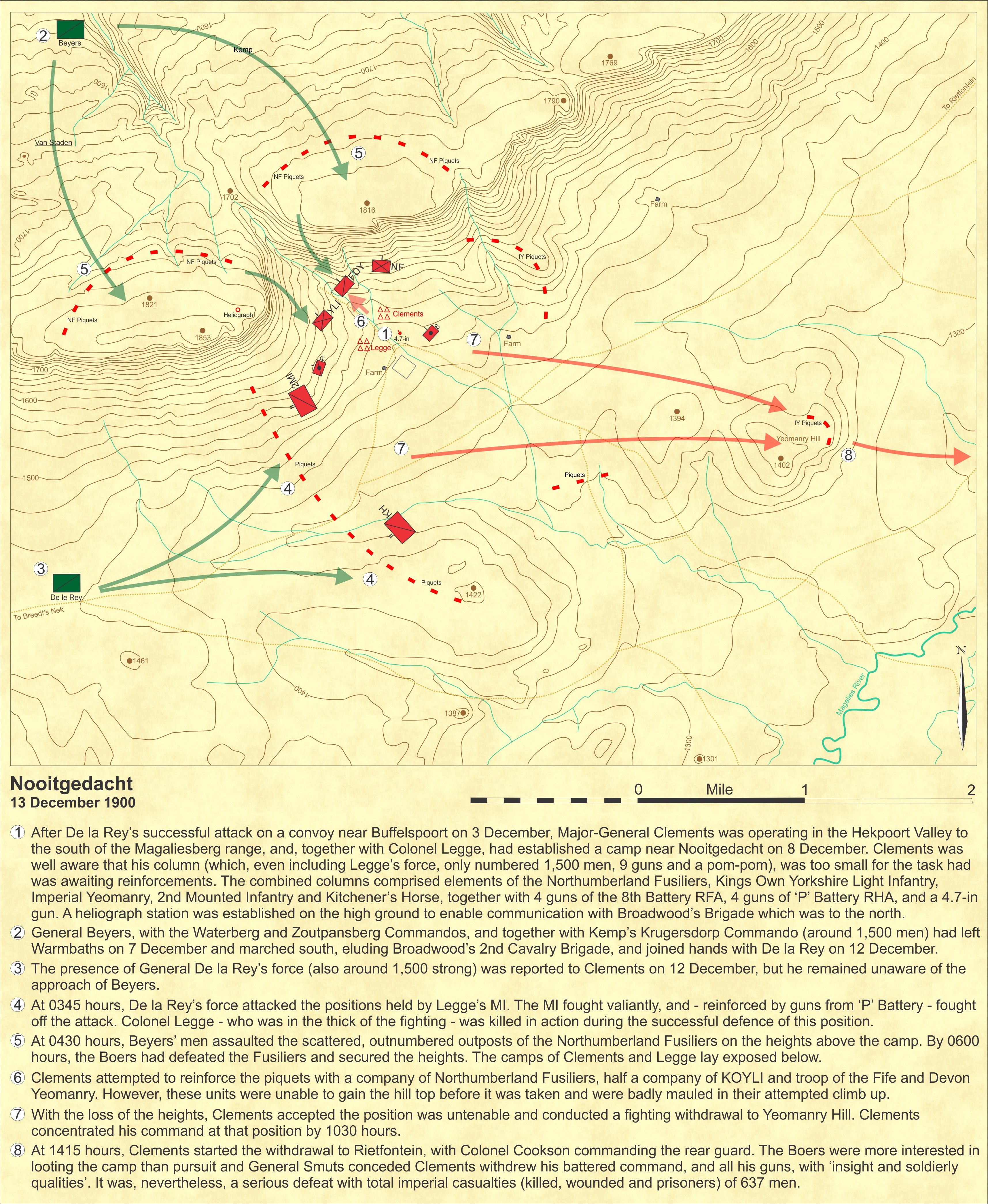