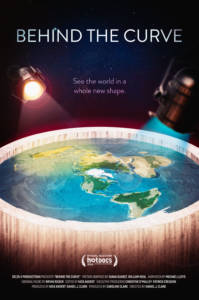 The other day, I watched a documentary film on Netflix, called ‘Behind the Curve’, which is all about the (apparently growing, would you believe) ‘Flat Earth’ movement in America. Though I didn’t for a moment think they would convince me they were right, I consider myself an open-minded fellow, so perhaps foolishly expected that these people might actually have some semi-coherent reason for believing what they do. Instead, it quickly became clear that they fanatically believed all manner of utterly crazy, completely baseless theories. Some talked of the Earth being a flat disc, ‘surrounded’ by Antarctica, which ‘is actually a huge ice wall, like in Game of Thrones’. Others claimed, without feeling the need to provide any evidence whatsoever, that we lived in a vast ‘Truman Show’ type hoax, run for the amusement of someone or other, presumably. So many people are so heavily personally invested in this nonsense, however, that it has become essentially a cult.

What struck me most was the point at which the Flat Earthers were asked ‘what evidence would it take for you to change your position?’. The answer is essentially ‘nothing will ever change my views’ – it is a belief so dear to their hearts – so central to who they are, indeed – that nothing as trivial as actual evidence will shake that. And as the film went on, I started to see a lot of similarities between the Flat Earthers and the ‘True Believers’ of the Boer War myths – some of which are only slightly less far-fetched than the notion of a Flat Earth.

One reviewer of ‘Kruger, Kommandos & Kak’, for example, dismissed it in its entirety, airily reassuring his readers that no evidence exists to support the claims of a Boer plan to build an empire in Southern Africa… this despite (presumably, though I have my doubts) having just read several hundred pages worth of evidence of exactly that. In the same way I naively thought the Flat Earthers might be able to present something (anything!) to explain why they dismiss the evidence presented by the scientific community, I, perhaps equally naively, expect True Believers to explain why they dismiss all the evidence I present in my books. But they don’t even bother to; they never work their way through all my references, point by point, and say: “Ash’s reference x is invalid for reason y” or “Ash’s reference x is contradicted by reference z” – they either simply lie, and say there is ‘no evidence’, or (without troubling themselves to justify their wild claims) they dismiss all my hundreds of sources and references as ‘British propaganda’. Again, this cheerful disregard of anything that challenges their myth is very similar to the way the Flat Earth brigade simply dismiss any and all actual hard evidence as part of some vast conspiracy theory. 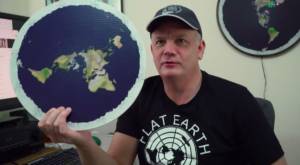 As one of the scientists on ‘Behind the Curve’ said, it is totally impossible to debate with Flat Earthers, because they just wave away any evidence presented, without feeling the need to explain why… other than to spout ludicrous conspiracy theories – which is, of course, their equivalent of the True Believers’ kneejerk ‘British propaganda’ claims. It is a truly infantile way to try and debate any topic, and would be like someone claiming that K2 is higher than Mount Everest, and then dismissing any attempt to prove otherwise, claiming not only that the Wiki page is wrong (which is not unreasonable, perhaps), but also that the heights of the mountains quoted in every Atlas are all ‘propaganda’ and that the Encyclopædia Britannica entry is part of a ‘CIA black op to deceive us all’. When faced with someone blessed with such ocean-going, cast iron ignorance, how can one possibly seek to engage in rational debate?

Similarly, in ‘Kruger’s War’, for example, I present a firsthand account from one of the members[i] of the Orange Free State delegation which was, in 1887, invited for talks with the Transvaal government, the aim of which, he clearly stated, was to form an offensive alliance against Great Britain. This, to any open-minded, intelligent person, is evidence which shatters the myth of victimhood so dearly held by the True Believers. So what do they do? Like the Flat Earthers, they simply ignore it and hope it goes away. If they came back to me and said, ‘well, that is just one account of the meetings, but here are some notes and minutes which paint a very different story of what happened’, then one could have some respect for their position, and have a reasoned, rational discussion. Instead they behave exactly like the Flat Earthers in that they have decided upon their position, and only then attempt to seek out ‘facts’ to support it (and simply ignore those that don’t). This is, quite obviously, not the way any reputable investigation, research project, or scientific experiment should be conducted.

Another thing which the film made me realise is that Flat Earthers and True Believers both tend to surround themselves with like-minded people, and that this is one of the roots of the issue. Needless to say, when you exist in a bubble of people who share exactly the same views as yourself, this is hardly conducive to encouraging critical thought, or the introduction and discussion of new ideas. In True Believer circles, this leads to people genuinely believing the most ridiculous things – I have been assured on numerous occasions, for example, that the Boers won every battle of the war. This happened recently to me, so I took a moment to list all the British victories I could think of, off the top of my head. Of course, rather than being grateful for having his misconception corrected, this chap didn’t even try to support his earlier assertion, and instead angrily changed  the subject entirely and resorted to what I call ‘Boer War Bingo’[ii], shouting, ‘oh yeah? Well only because you were killing our women and children in concentration camps!’
Yes, this poor benighted fool genuinely believes that the British won the battle of Elandslaagte (for example) because ‘they were killing women and children in concentration camps’. What can one possibly say to break down such an invincible wall of sheer ignorance?

To be fair to him (and the legions of others who spout similarly brainless claims), it was probably the first time he’d ever said it to someone who didn’t share his cult-like devotion to the myth. I imagine it was a claim he had proudly trotted out at a thousand braais over the years – something of a party piece, perhaps. And on every occasion, his comfortably like-minded crowd had nodded in sage-like approval, happy to bask in the warm, fuzzy feeling of this made-up nonsense, and safe in the company of people who will never challenge their preferred world view. 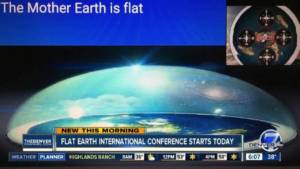 Many True Believers also share the Flat Earthers’ habit of not really doing anything approaching research into their adopted subject of ‘expertise’ (ahem). There seems to be a feeling among both groups that, somehow, they just blessed with knowing all about it, without actually having to read anything on the topic. Many people I have spoken to seem to think that they automatically know all the ins-and-outs of the Boer War, simply due to the fact of having been born in South Africa (and usually by pretending that their Grandfather was a bitter-einder who killed hundreds of Brits and yet, somehow, was also murdered in the concentration camps as a child). To these people, the mere fact of being born in South Africa is, apparently, all that is needed to be an expert on the conflict, with the knowledge presumably gleaned through some form of osmosis.
I always chuckle when I recall one middle-aged, middle-class, white, English-speaking, South African lady expressing disbelief when she was told I had written about the Boer War: ‘What could you know about it?’ she squawked in horror, ‘You’re not a South African!’. Presumably she also believes that only Germans are allowed to know anything about the Second World War, and only Vietnamese are allowed to know anything about the Vietnam War.

The documentary also made a very interesting point about how much of themselves the Flat Earthers had invested in their subject – so much, indeed, that they could never possibly admit they had been wrong all along, and leave the ‘cult’. This, apparently, is why they show so little interest in actual evidence – as they openly state, nothing anyone presents will ever convince them that they are incorrect. True Believers of the Boer War myths are in a very similar position: if one has spent, for example, 49 years of one’s life propagating a version of history which is hopelessly flawed, it is highly unlikely that such a person would ever admit they have been wrong their entire academic career – so woe betide anyone who dares to challenge their treasured myth. Of course, any academic worth his salt should actually be happy to have their beliefs challenged, and to embrace all the evidence they can – but some seem ideologically wedded to their worldview, and adopt an ostrich style ‘head in the sand’ to anything that threatens it.

Many years ago, I also believed a lot of the myths – simply because I hadn’t read much on the war at that point, and knew no better. Like many still do today, I believed, for example, that the British wanted to ‘steal the gold’, that Britain started the war by ‘invading South Africa’, that the British army hadn’t been interested in marksmanship prior to the Boer War, and that the concentration camp was a British invention – all of which I now know to be nonsense. Indeed, I can clearly remember, as a teenager[iii], my ‘light bulb moment’ – when I read with surprise that over fifty two thousand South Africans fought for Britain in the war… how could that be, I wondered, wasn’t Britain fighting against South Africa?

And that’s when I started reading everything I could on the war. All it took was a bit of critical thought, an open mind, and an awful lot of reading, and soon I was stripping away the layers of the onion, realising that, not only is the ‘established narrative’ of the Boer War utter hog wash, it also defies all logic and reason[iv].
All I ask of those who read my books is to do so with an open mind, and to realise that there are always (at least) two sides to every story. Such a shame that so few people prove capable of doing that. 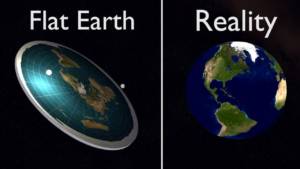 [i] Later, Sir John George Fraser (1840–1927). Born in Beaufort West and a lawyer by training, Fraser was first elected as the Member for Knapzak River in 1879, and served as the Chairman of the Orange Free State Volksraad from 1884-1896. He was later elected as a Senator in the first parliament of the Union of South Africa. Hardly an inconsequential, unreliable or poorly placed witness of events… so why disregard his firsthand account so readily?

[iii] Though, and much to my late father’s chagrin, I must confess I didn’t spend the entirety of my teenage years reading history books